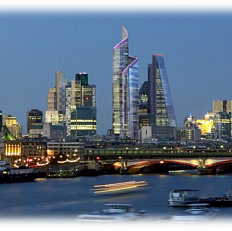 With more hotels set to open in the capital the competition is starting to step up. According to PwC’s European cities hotel forecast, London’s hotel industry will see a growth of 6,400 rooms this year, that’s an increase of 4.5% from 2014. It doesn’t stop there, as the competition to accommodate visitors to the city continues when a further 5,000 rooms confirmed to open in 2016.

London has seen a huge increase in visitors, both corporates and tourists in the past few years and 2015 is no exception. It has been predicted that the occupancy in hotels this year will be at its highest for almost 20 years, growing by 1.6%.

It isn’t just London that has seen an increase in visitors in the past few years; the study has also predicted that Dublin will record its highest growth in revenue per available room of 8.8% in 2015, followed by Madrid with 5.6% and London at 4.6%.

< Back to main News page